Is Bitcoin Mining Still Profitable in 2021? 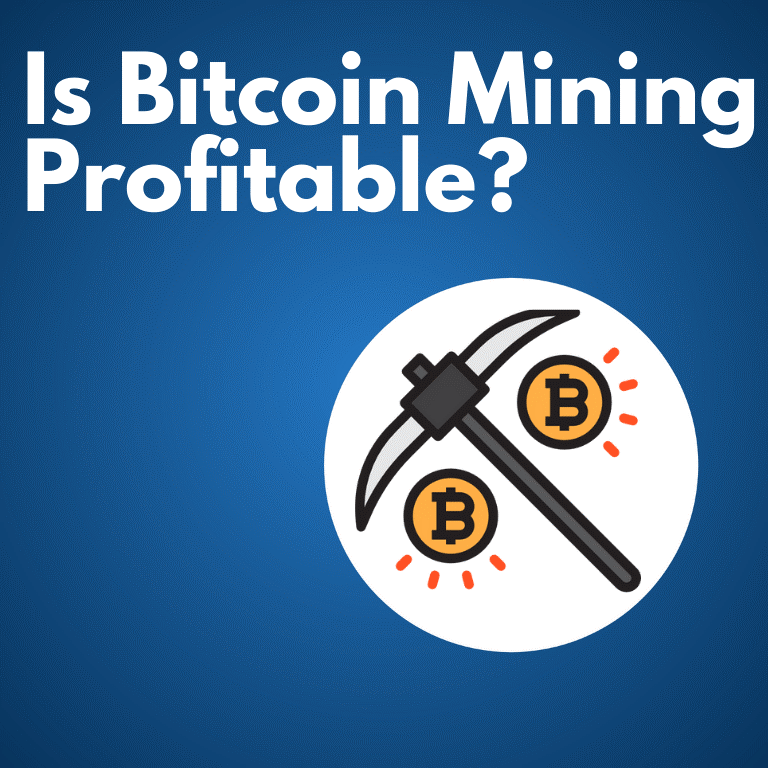 The short answer to the above question is yes. The long answer, however, is quite complicated. Bitcoin mining started off as a well paid hobby for earlier users who had the potential of earning 50 Bitcoins every 10 minutes or so when they were mining from the comfort of their bedrooms.

Mining just one block of Bitcoin successfully and having kept it since the year 2010 would mean that you currently, in 2021, own $450,000 worth of Bitcoin in your wallet. In case you are interested in learning and you wish to have a semi passive income of Bitcoin, you should know that there are a few basic notes that you need to be aware of before figuring out if you want to take up mining or if it’s even possible to profit from it. 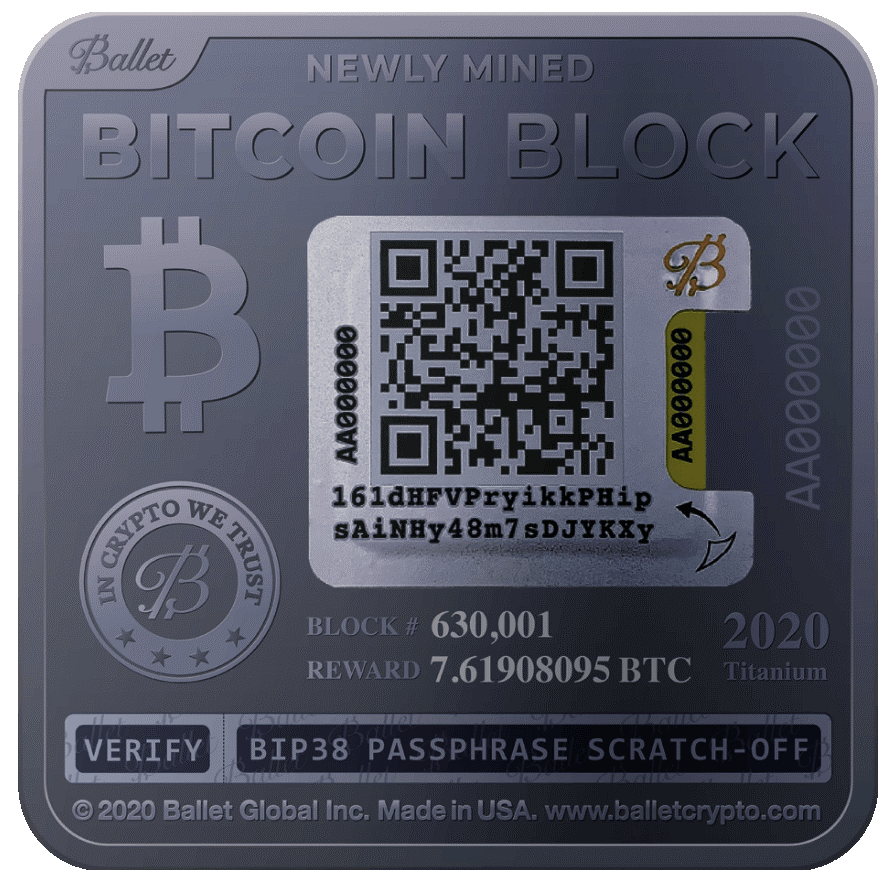 Miners get 6.25 Bitcoins for every block they successfully mine. However, approximately every 4 years, this number gets halved. This is called halving. What this means is that in 2024, the reward for mining a block of Bitcoin would reduce to 3.125 Bitcoins. The reward plus the transaction fees will then be paid to the first miner who is able to solve the puzzles.

This process is repeated every 10 minutes for each mining machine available on the network. There is another factor called network difficulty which is the difficulty of the puzzle you need to solve. This factor readjusts itself once every 2016 blocks – which should take about 14 days – to make sure that one machine on average is able to solve the puzzle in 10 minutes. Bitcoin difficulty is measured by the amount of hashrate which is contributed to the Bitcoin network.

In order to mine Bitcoin blocks, you are going to need mining hardware. These mining machines are special computers that were designed mainly for mining purposes. Like many other scenarios, the more powerful (and energy efficient) hardware you got, the more profitable it is going to be to mine bitcoins.

So, the more computational power a mining machine possesses, the more solutions it is likely to find which then leads to getting more block rewards.

In 2009, hashrate was first measured in another unit called has per second which was shown by the H/s symbol. Later on, because of the exponential growth of bitcoin mining, it got prefixed with the usual SI units such as Kilohash (KH/s), Megahash (MH/s), Gigahash (GH/s) and so on.

To put this in perspective, let us look at the mining revenue that 1 Terahash (TH) of power is able to earn. With the usual global growth of hashrate, the revenue per TH for miners is falling. The chart looks like the following: 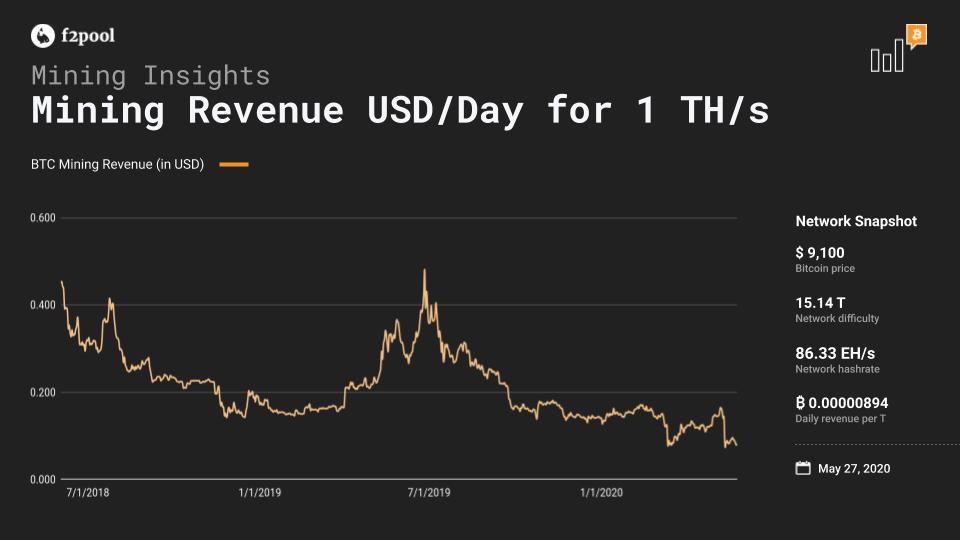 The thing is, when you consider the number of TH/s’s in the entire Bitcoin network, you will get a true sense of how large the industry actually is. 85 Exahash equals 85,000,000 Terahash.

How do miners calculate their revenue?

If you know anything about bitcoin mining, you must have heard the scare stories being told about Bitcoin mining’s energy consumption. Regardless of whether these stories are true facts or are exaggerated by the media, it is still obvious that the main cost of mining is the amount of energy being consumed. So, in simple words, in order for the mining process to be profitable for the miners, its revenue must outweigh the energy costs (that and the original cost of the mining hardware that you purchased).

How to know if you can profit from Bitcoin mining?

Bitcoin mining has a lot of variables. This is why many people prefer to buy Bitcoin on an exchange to get a simpler method of gaining profit.

By nature, Bitcoin price will impact all the miners but there are three main factors that will separate profitable miners from the rest. These three factors include efficient hardware, cheap electricity and a good mining pool.

The price of mining hardware is highly dependent on the manufacturer and how much energy it needs to perform its duties. As we have already established, more computational power leads directly to more Bitcoins. Also, the lower the energy required for the performance of the computer, the lower your monthly costs will be. As of right now, the most successful manufacturer with the lowest failure rate is MicroBT, the creator of Whatsminer M20S and other Whatsminer models.

Price of electricity varies greatly from country to country. A good number of countries charge a lower cost for industrial electricity because they want to encourage economic growth. What this means is that a Bitcoin mining farm based in Russia will pay half the price an American miner mining in their home does for the electricity. In other countries such as Germany, however, this is a whole other story as evident by the chart below. 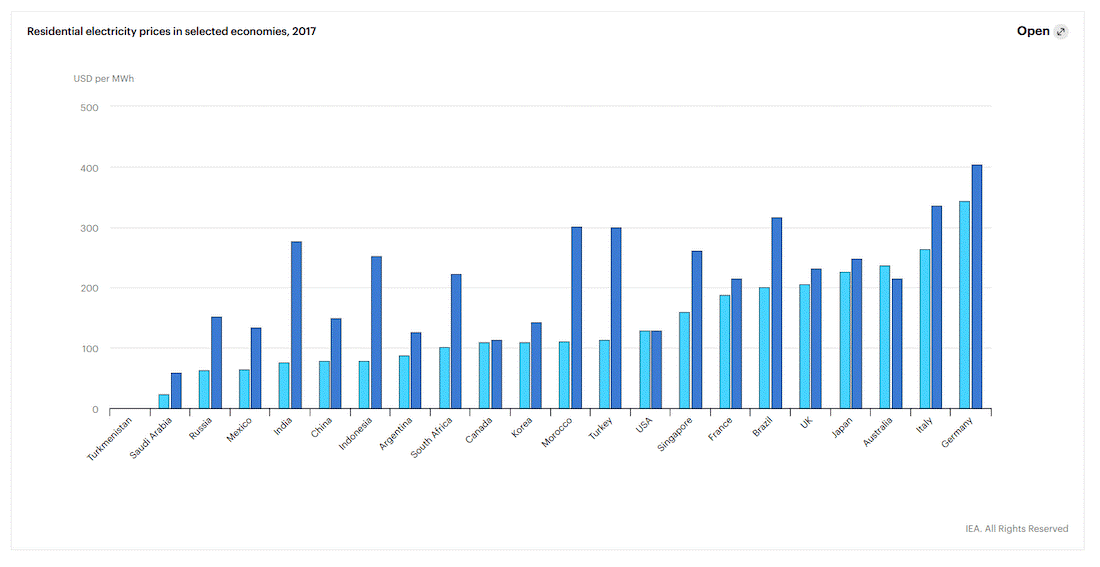 Nowadays, every Bitcoin miner has to mine through a mining pool. It doesn’t matter if you want to mine with only one machine or a couple thousand, the Bitcoin’s mining machine network is actually so large in size that you stand a very low chance to find a block regularly and hence, to earn the block reward plus the transaction fees.

Bitcoin mining is hardly going to be profitable for the average home miner. Even getting the hardware and electricity costs is going to prove rather difficult, let alone earning a profit on top of it. Of course, in the near future, there might be a lot of changes that may or may not make this process profitable for everyone. This, coupled with cheap power solutions will probably make bitcoin mining profitable to smaller individual miners once again. In case these small individual miners re-enter the mining network again, decentralization of Bitcoin is going to be increased by a great amount and it further supports the original intentions of the founder of Bitcoin, Satoshi Nakamoto.

What are You Looking for?