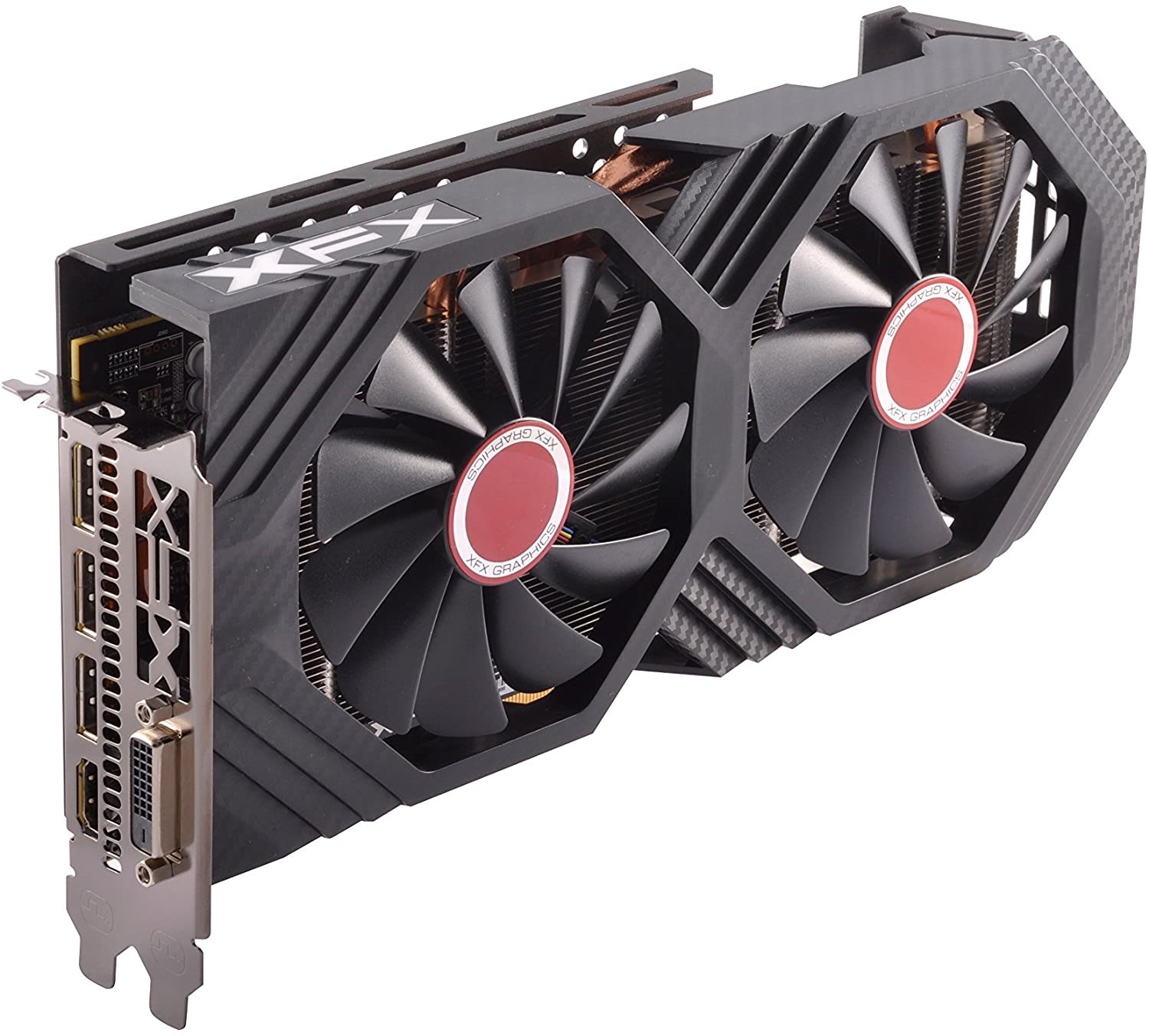 This video card is by far one of the best and most commonly used graphic cards suitable for mining. When the RX 480 cards, the best mining card before 580, disappeared from the stores, all the miners started looking for a replacement and that is how the spotlight came on the new and improved RX 580. This modified version of the graphic card turned out to be even better than the RX 480 and for 4 years, this video card has been considered the go to computing device for building a profitable mining rig.

Of course, by the end of 2020, this amazingly effective model had already become obsolete and some miners moved on to newer versions, the 580 is still being used in a lot of mining rigs. This is proof for the RX 580’s profitability and shows the fantastic performance it offers. The article describes the details of an AMD Radeon RX 580 graphic card for mining.

The Best Coin to Mine with AMD RX 580

The RX 580 graphic card was released in April 2017 along with the RX 570. It comes with 2 different memory sizes the same as its younger model: Either 4GB or 8GB. In spite of this fact, in many algorithms, the hashrates are still the same. Generally, this video card is best suited for mining Ethereum and Ethereum classic and that is what it mostly has been used for in the past 4 years since it was released.

Among the strong points in this model, miners note the fantastic power consumption and work performance ratio. The RX 580 has quite a high hashrate for the amount of kilowatts it uses. Due to this fact, this AMD model was difficult to purchase at one time. Sometimes, it was not even available to buy in the stores.

To understand this better, we are going to compare this model to the best video card in 2021. So, right now, the RX 5700 XT is considered the best graphic cards for mining Ethereum and Ethereum Classic which is able to produce about 52.1 MH/s. This also comes with a low consumption rate of only 105 watts. Now, the RX 580 8GB, which is 4 years older than the 5700 XT, can produce 30.54 MH/s at an extremely low consumption rate of 74 watts per graphic card. Due to this sole reason, the RX 580 graphic card from AMD is considered one of the best GPUs even today. 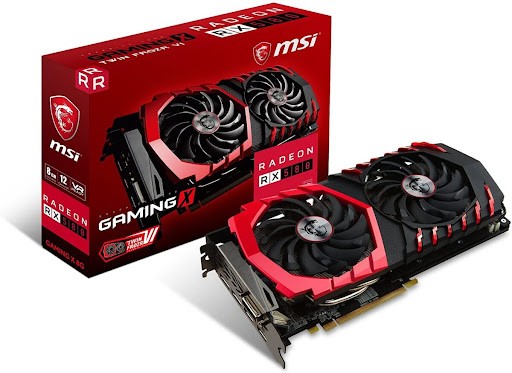 The specs for the RX 580 look really tempting for the miners. It offers a really high core frequency which is able to get great values in particular algorithms such as Ethereum and Ethereum Classic. The standard frequency chip is 1257 MHz but it can go up to 1340 MHz in turbo mode. Also, the memory frequency is 1750 MHz. Besides that, the Polaris architecture of this model can ensure up to 20 percent improved performance with the driver updates and higher frequencies.

Mining coins with the RX 580 4GB is basically the same rate as the 8GB version of this graphic card. The only difference is the big ether. The DAG file size grows in the course of time. Unfortunately, the 4GB version of this model then has to work on a DAG file with reduced size. This causes the hashrate to be halved which is not great if you are a miner. After all, the RX 580 4GB cannot perform well in Ethereum pools. On the other hand, Ethereum Classic can be mined perfectly on the RX 580 with 4GB of memory.

Before the Ethereum prices were raised up, you could get this video card somewhere around 649 dollars. However, as of right now in September 2021, you can get this video card for 500 dollars. Of course, the 4GB version is available for an even cheaper price of around 300 dollars. When you are thinking about creating a mining rig, you need to think about the amount of money you are willing to spend. Surely it is better to spend your budget on the RX 580 and buy like 50 graphic cards rather than buying the new Nvidia cards for 1000 dollars each.

If you have a mining rig, you are probably looking to minimize your expenses to ensure maximum profit from your rig. One of the main expenses in a mining rig is obviously the electricity bill. To somewhat reduce the amount of electricity fees, you can use a method called downvolting. Now, downvolting needs you to create a decrease in the voltage which is applied to the core. This will then lead to a decrease in the total power consumption rate of the video card. This is a great method, especially if you overclock your graphic cards (more on that in the next section) but needs a lot of precise settings. Therefore, we suggest you attempt this only after you have a clear understanding of what you are doing. 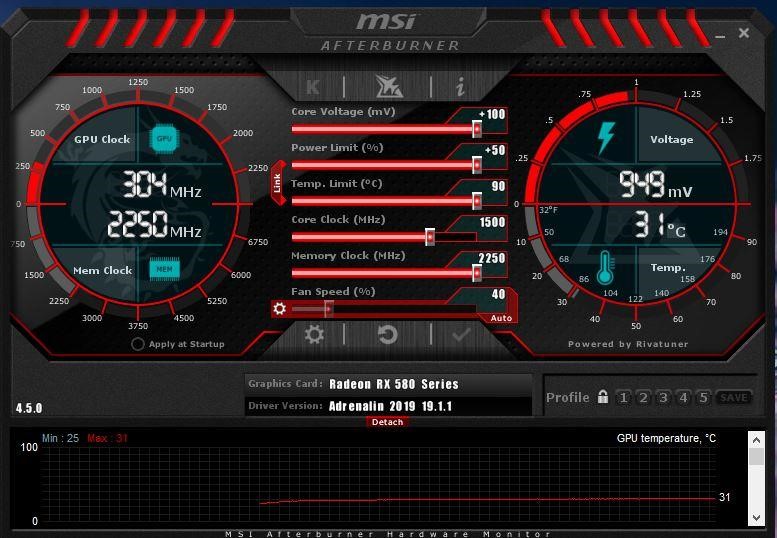 Gamers might have heard about overclocking their CPUs and GPUs but in mining, the concept is different. For AMD cards, you need to use Afterburner. The overclocking is done for the memory and core in gaming but due to the difference in algorithms, in mining, you need to tune the core to a particular amount and increase the memory frequency afterwards.

Mining is an essential part of most cryptocurrencies. Not only does it help the currency become fully decentralized, but it also creates new units of value. This can also be a profitable business. Currently, one of the best methods to take on mining is with the use of GPUs. Due to the low initial investment and the low operation cost, GPU mining has become extremely popular. However, not all the graphic cards can be as profitable in mining. Among the best graphic cards for mining Ethereum and Ethereum Classic is the RX 580 from AMD which we talked about in this article.

The Best Coin to Mine