What is Bitcoin Soft Fork?

Most of the software users are familiar with the concept of updates and upgrades that happen on their clients and make their apps more secure, more efficient and better in general. Blockchains also have a similar concept and rely on constant updates in order to improve their overall efficiency. However, there is a twist as decentralized services are not based on a central authority that makes decisions.

So unlike centralized services where the developers will update the network whenever they want, in decentralized blockchains the consensus of every user or at least the majority of them is required. So, updating cryptocurrencies and Bitcoin for example is not as simple as pushing on a button. This requires a special and unique process known as forks. Forks are two types in total and the types being soft and hard. The usage of these two depends on the purpose of the fork. In this article we are only going to explain soft forks. For a more detailed explanation on hard forks, you can check out the respective page. So, without further ado, let’s get into the topic.

In blockchain technology, we use the term Soft Fork to refer to a change in the software protocol in which the only valid transactions that are able to get approved are those made on the new version. In fact, any transaction that was facilitated on the older version of the software will be known as invalid and will be rejected after a soft fork. Now, Soft Forks are actually backwards compatible since old nodes will be able to recognize the new blocks and validate them. This type of fork is similar to hard forks in the sense of basic codes and concepts but it only needs the majority of miners to approve the new rules in order for the soft work to occur whereas in a hard fork, all the miners had to agree on the new set of rules and upgrade to the new version. 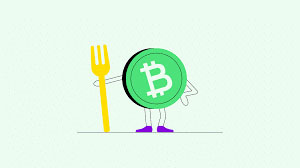 A soft fork is also able to occur at times because of a temporary divergence in Bitcoin blockchain when the miners of the system use nodes without upgrading them and violate a new consensus rule that is not recognized by their old nodes.

Soft forks do not need any of the existing nodes to upgrade in order to maintain consensus. This is mainly due to the fact that all blocks with the new rules made after the soft fork occurred, follow the old ones as well and therefore, can be accepted by the older clients. Without a hard fork, soft forks cannot be reversed because a soft fork only lets the new set of blocks to be a proper subset of the valid blocks before the fork happened and that is by definition. However, if the users upgrade their client software to the new version from after the fork occurred and for some reason, the majority of miners decide to switch back to a client from before the soft fork occurrence, then the newer version clients will break consensus as soon as a new block was released that did not fall under their client’s set of rules.

Now, that is not an easy task either. In order for a soft fork to properly work as intended, the majority of the miners on the Bitcoin blockchain and their mining power have to be running a software version that does recognize that particular fork. In simpler words, the more miners that agree on these rules, the more secure the blockchain becomes after the soft fork has happened. Let’s say if we have ¾ of the network’s mining power run clients that recognize the new soft fork; in this case, there are ¼ of the network that may or may not follow the new rules set. This means, ¼ of the miners on the blockchain could use the older versions which will still find the older nodes valid since these old nodes have not been upgraded and therefore do not know about these new rules. Of course, such nodes will be ignored by the new and updated nodes so this is only true among themselves. 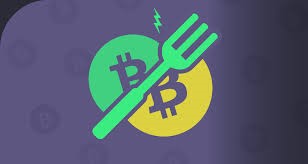 Put simply, what a soft fork does is that it tricks an older blockchain into approving the new rules set by the majority of the miners on the network. This means that both the old blocks and the new ones can be considered valid at the same time but only on their own clients.

With that said, soft forks help a blockchain to ensure a smooth transaction of upgrades and updates. In spite of the inherent risks that they pose, soft forks provide the users with a much faster solution for upgrading the blockchain without having to use an excessive amount of the computational power. Soft forks are known for their important ability to upgrade the blockchain without splitting the community. Even though soft forks do not need everyone’s approval for the update, they still allow older versions to run as well which keeps every party satisfied.