How to Mine Ethereum? GPUs or Asics? 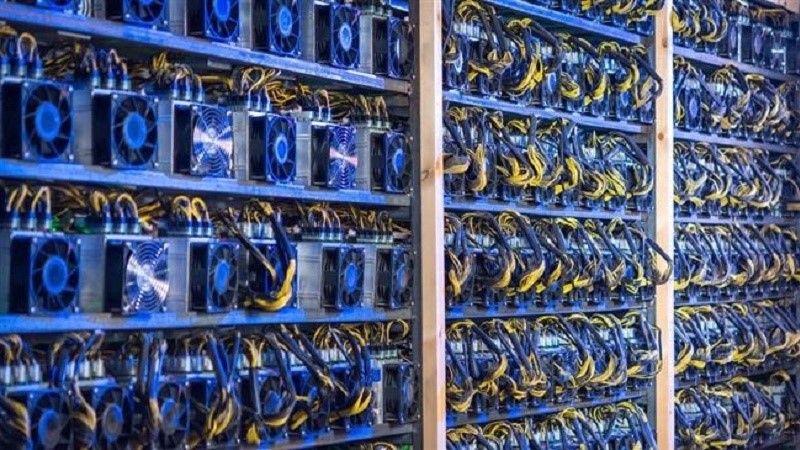 How is Ethereum mining?

The process of creating a block of transactions for the blockchain is mining. Proof-of-work (PoW) is the mechanism which is used for mining Bitcoin and for Ethereum as well. CPU cost function, client puzzle, computational puzzle, or CPU pricing function are the PoWs.

Miners are computers which run software and produce blocks by using time and power. So anyone with a computer is a potential miner but it is a question of profit to which you have to give a good answer. You need dedicated computers to answer the question of profitability. Normal computers cannot even cover the costs of mining (electricity, tax, ventilation, energy monitoring, electrical wiring, and other equipment).

What do you need to start mining Ethereum?

In order to mine ether, having a custom mining rig is a must. A typical mining rig includes a motherboard, a power supply, an operating system that runs on your motherboard, graphical processing unit (GPU) and a computer memory. A rig for mining Ethereum is the same as any other computer but every component is in an open area instead of having an actual case to contain the parts. 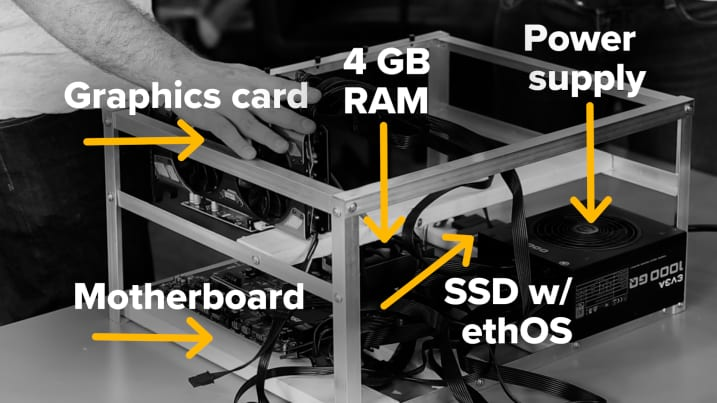 The rig with just one GPU is able to run roughly a number of 27 million mathematical equations per second. You might think that is a huge number. Just know that right now as you are reading this article, there are about 600 trillion mathematical equations happening each second on the Ethereum Network. Due to this mind-blowing number, people tend to join special mining groups or as professionals call it, a mining pool. Each pool lets its members combine their computational power with each other in order to have a higher chance of mining a block. They all share recources regardless of where they are physically located in the real world.

Last but not least, you have to create an account for an Ethereum wallet to hold your crypto assets for you. You can think of this the same as a digital address for crypto cash. Now, there are a plethora of different wallets with different advantages and disadvantages out there for you to try, ranging from web wallets that let you manage your account from a web browser, to physical hard(ware) wallets that allow for storing crypto assets offline.

Now that you have addressed all the requirements above, it is possible to connect your mining rig to a power outlet and once it is linked to the network, you can count ethers going into your new wallet within a couple of minutes.

What is a GPU?

You must know how the human brain works. We have the central processing unit (CPU) in a computer as a brain. It relies on the basic concept of interpreting binary signals (1’s and 0’s) and makes the computer process. It’s not the only processor that we might see in a computer.

The other processor is the graphics processing unit (GPU). As the name clarifies GPUs are specialized electronic circuits manipulating computer graphics and image processing. It means that they are better in some special processing as CPUs have general things to do. This gives a CPU more jobs to do so they are not as powerful as GPUs. GPUs tend to be more useful in blockchain mining due to their speed and efficiency.

Let’s check an example of this comparison, so we got a Radeon HD 5970 (GPU) with the processing speed of 3,200 32-bit instructions per clock, which is 800 times more than the speed of a CPU. As GPUs perform better doing similar and repetitive work, they have high efficiency for mining.

Then what about ASICs?

If you want to mine and just to mine, you may use ASICs. An ASIC is just used for mining a specific coin and you can mine coins 24/7 until it loses profitability. So simply ASICs cannot be used for any other job. We know that GPUs can’t be compared to ASICs in terms of hashpower and as a result, efficiency. Then we have the problem of investigation, we do have ASICs that cost less than GPU rigs.

On the other hand, if your GPU rig is no longer profitable you can sell it because gamers use them and they are basically made for gaming. You can’t do so with your ASICs because it just mines and when it can’t mine profitably for you, it won’t do so for anyone then it has 0 market value. Keep it in mind that you can mine Ethereum, Ethereum Classic, BitTube, Bitcoin Gold and Monero using a GPU but each ASIC miner is constructed to mine a specific digital currency.

Although mining has been done using CPUs and GPUs for many years, the Application Specific Integrated Circuits (ASICs) perform better than both CPUs and GPUs at performing hash calculations. GPU mining is considered less profitable since ASIC miners were launched. ASIC miners are relatively professional while CPU and GPUs are widely used in domains other than cryptocurrency and mining. ASICs are designed to compute one specific algorithm.

ASICs are more expensive than GPUs in most cases but they have higher earnings and consume less electricity so they mine more profitably. ASICs are smaller and use less space compared to GPUs. You can resell GPUs while ASICS do not have a great resalable value. I consider it a big disadvantage for such an expensive miner. You can upgrade your GPU and resell it better than an ASIC. By the way there is something bad about ASICs, they are designed for maximum performance so they need maximum airflow to cool the unit and they make so much noise it may become unbearable to you.

Despite all that has been said and also the idea that many have about mining not being as profitable as trading cryptos, still many people mine and if you want to be one of them you have to choose. As more computers enter the mining network it becomes more difficult to mine so using an ASIC is logical but it’s up to you to make the final decision

What is a GPU