Who is Vitalik Buterin and how did he make Ethereum? 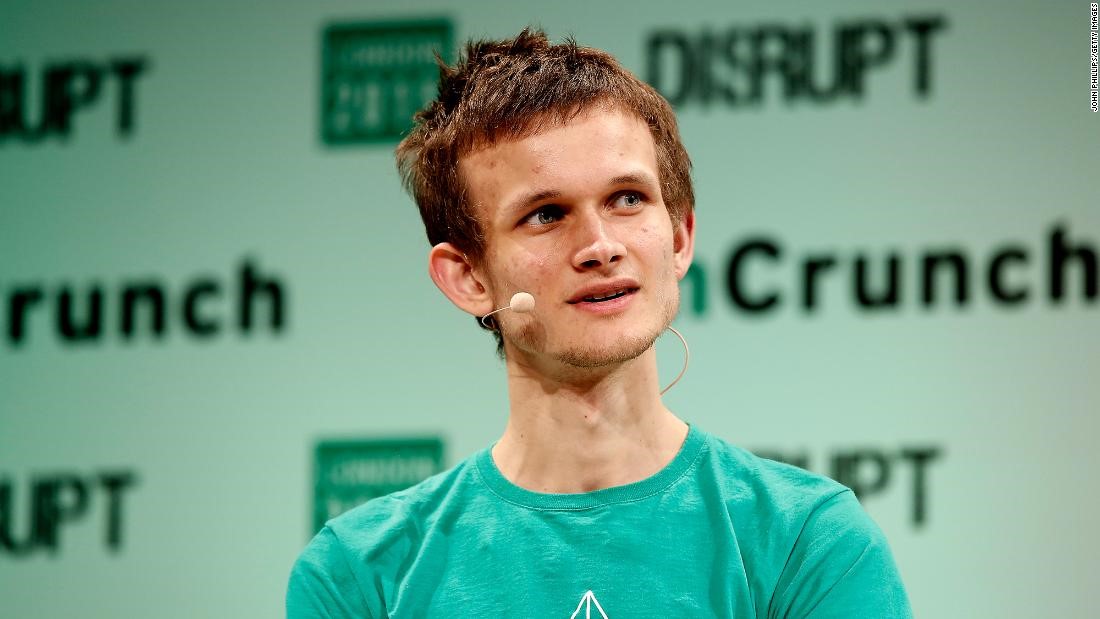 Vitalik Buterin is a Russian / Canadian programmer and writer. Vitalik has been in the Bitcoin community since the year 2011. He was one of the co-founders of Bitcoin and has written a lot of articles for Bitcoin magazine. With that said, the most famous thing he is known for is primarily Ethereum. He is mainly recognized as the genius boy behind the world’s second most valued and famous cryptocurrency platform following Bitcoin. His visionary project brags with a huge market capitalisation of more than 65 billion dollars and it is constantly growing. With that said, Vitalik has only 23 years in his life and has a lot of plans to further improve his creation in future.

Vitalik was born in the year 1994 on Jan 31 in the town of Kolomna, Moscow Oblast in Russia. Until he was 6, he lived in Russia but then his parents decided to emigrate to Canada so that they could find better employment opportunities.

When Vitalik was still in third grade, in a Canadian primary school, he was placed in a program that was designed for the gifted. This program was such a great opportunity for him and it was the best learning opportunity he was going to ever get but it all came at an expense. Getting a place in this program meant he had to split apart from his friends.

A Boy with Talents 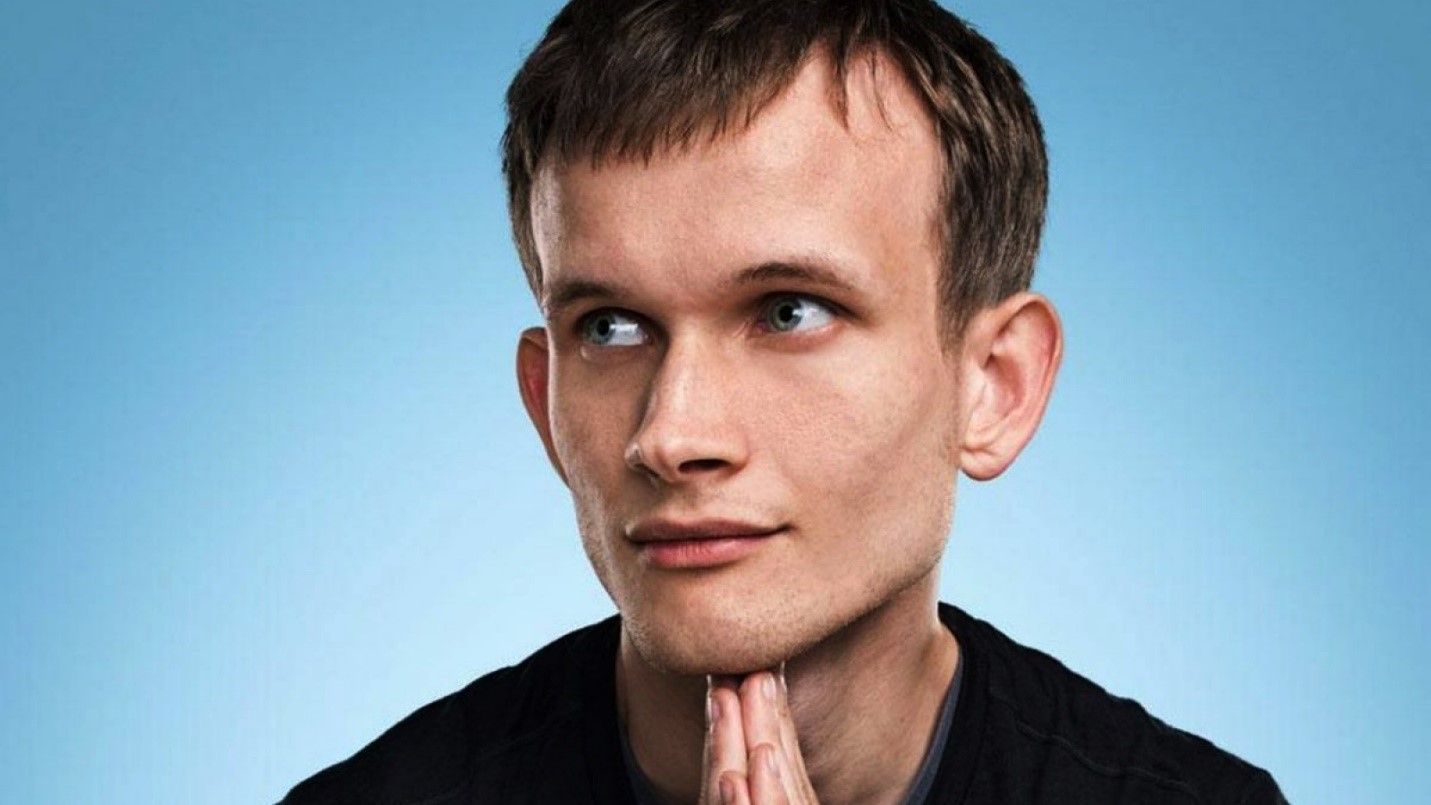 Vitalik quickly became aware of his particular set of talents and skills while being in the program and these talents made him a bit different from the other kids in the program and even some of the teachers too. He was drawn into math and programming from an early age and was naturally good at it. He also gained a strong interest in economics a bit later and could add big numbers twice as fast as someone with his age in his head. This was such an extraordinary gift he had.

A Passion for Cryptocurrencies

When he got older, Vitalik found himself spending most of his time on forums relating to Bitcoin somehow, researching how the network works. At first, the cryptocurrency element of Bitcoin was the only thing that intrigued him but the more he got involved in the community, the more he understood the unlimited potential that the technology behind Bitcoin had.

He wanted to be part of the economy but for such a wish, he had to have had some tokens. The main problem here was he had neither the cash to buy some coins nor the computing power to mine it. This is why he decided to work and looked for payments in bitcoins on different forums. At this point, he had finally found a job. An article writing job for a blog which was willing to pay him around five bitcoins for every article that he wrote.

The Idea of Ethereum 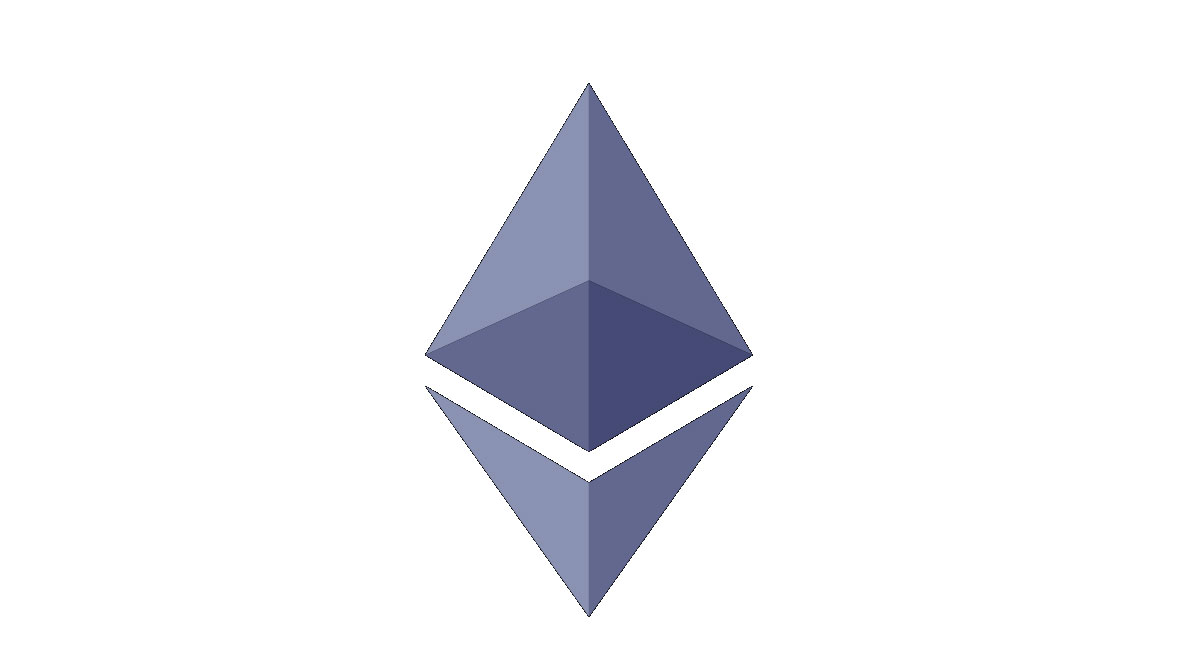 Vitalik Buterin started to describe an idea he had in a white paper in late 2013. He set out his idea to a few of his close friends who helped him send it further. As a result of this, Vitalik had about 30 people that were trying to reach out to him and discuss the concept he had in mind. He was mostly waiting for critical reviews and wanted people to point out major flaws and mistakes in the concept but such thing never actually happened.

Even then, the entire concept of Ethereum was pretty much still about the currency. However, the idea altered and changed over time and was shaped during the meetings and discussions Vitalik had with people who were fully on board with his idea. As soon as they got the programming language, they started to come up with new methods and ways to utilize the language every week. It was in early 2014 that Vitalik and his team realised how easy it was to create a decentralized file storage. Also, it was then that such concepts as name registry were given life by only a couple lines of code. Over time, these use cases got piled up and this is how Vitalik’s basic idea of Ethereum got changed and gradually shaped the Ethereum we know and love today.

Announced to the Public

In January 2014, Vitalik’s project was announced to the public. The core team at the time the announcement of the project was made consisted of Mihai Alisie, Charles Hoskinson, Gavin Wood, Anthony Di lorio, Joe Lubin and Vitalik Buterin himself. Vitalik went on stage and presented his project, Ethereum, at a Bitcoin conference in Miami as well and after a couple of months, the team was ready to hold a crowdsale for ether - which is the native token used by the network – in order to fund the development process of their project. It was around the same time that Vitalik Buterin received the Thiel Fellowship grant of $100,000. 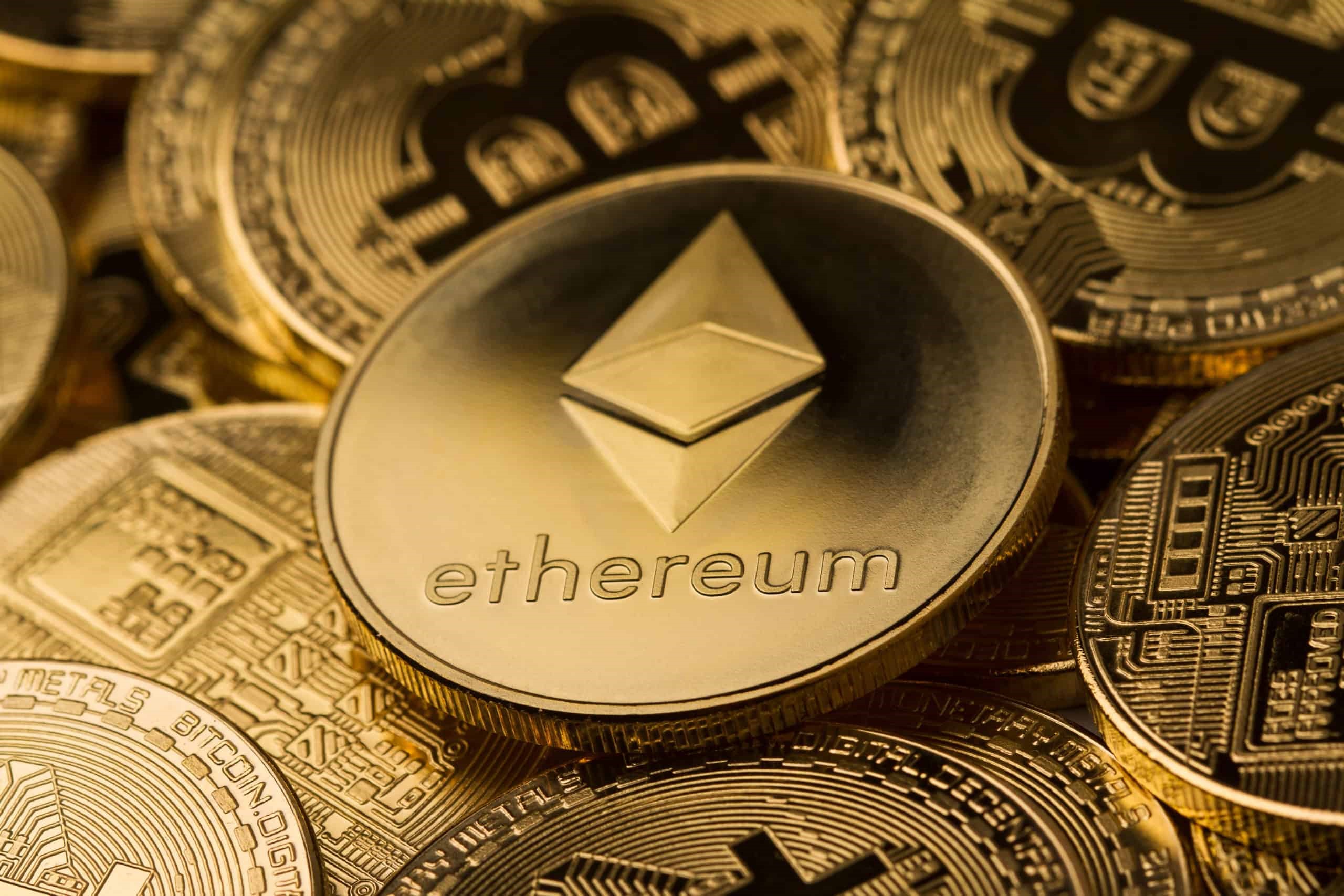 The team sold ether for Bitcoin during their crowdsale and they successfully raised just over 31,000 bitcoins from the crypto community which they could use to fund their big project. This amount was equal to $18 million at the time. Although they got the bitcoins and they could sell for a lot of money, the price plummeted soon after which left the team with an entirely unavoidable loss worth millions of dollars. Anyways, the money they got from the crowdsale helped them build Ethereum’s foundation, a non-profit organisation which was based in Switzerland. This company had to oversee the development process of Ethereum’s open-source software.

In spite of some turbulence in the way, the crowdsale campaign for Ethereum was the third most successful campaign to the date and this, earned Ethereum coverage in a lot of major financial publications one of which was The Wall Street Journal. 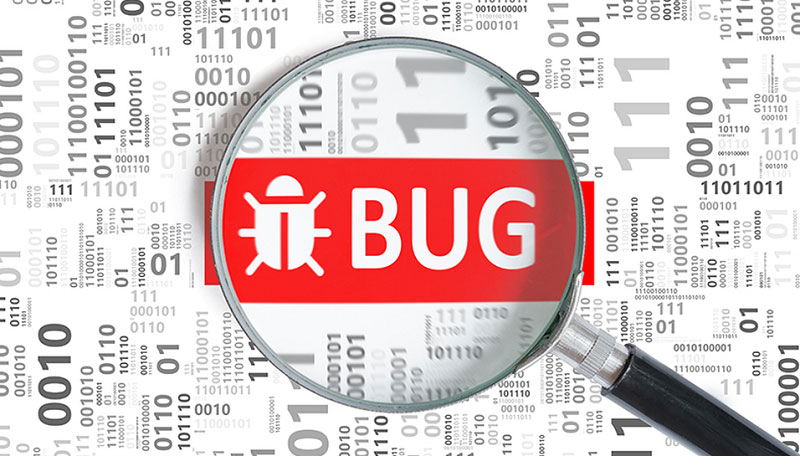 Before the network was officially launched, The Foundation tested several prototypes of Ethereum and the last prototype was called “Olympic”. There was also a beta pre-release. One of the interesting things that they did was introducing a bounty worth of 25,000 ether for finding bugs in the system. Many people tried to claim the bounty but failed to find even a single bug and error.

The first version of the Ethereum that was made available to the public was released on July 30, 2015 and was named “Frontier”. This was still pretty much more of a test launch since it came in a barebone format. It was made to allow the developers to test the environment they designed by building decentralized apps. Once the program was proved to be stable enough by both the auditors and the developers it moved on to a Homestead version. 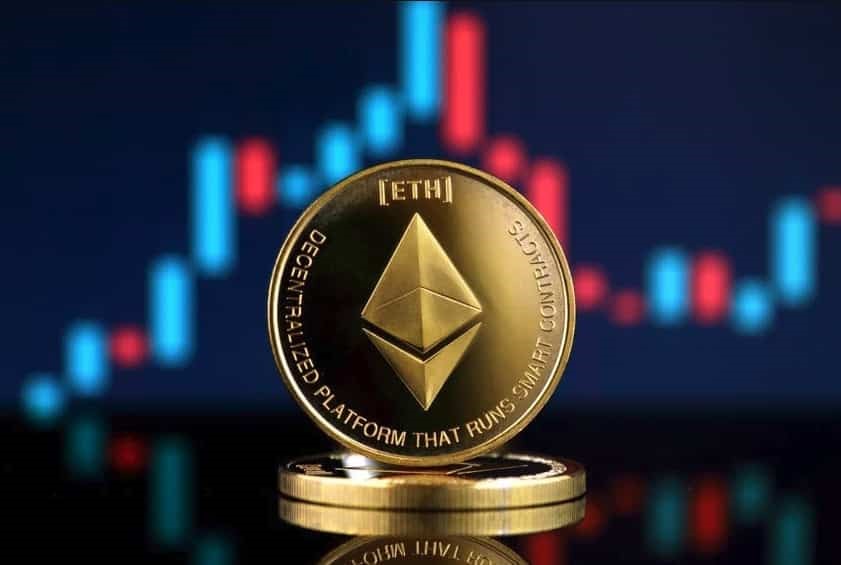 Ethereum was officially released on March 14, 2016 after its migration. With its arrival, came the next generation of blockchain technology. This generation gave the developers more freedom and was much less complicated to use. Besides these, there were also a bunch of basic improvements.

By this time, Ethereum had made such a strong introduction to itself that it was quite well known in the crypto market. For instance, the number of active nodes that Ethereum had set at around 5,100. This was really impressive when you compared it to Bitcoin with 6,000 nodes at the same time. Furthermore, with its release, a huge number of major cryptocurrency exchanges started to trade in ether. This single handedly led to a big boost in valuation of Ethereum.

In spite of Ethereum being a first production release, some of the giant companies such as Microsoft and IBM have already begun to work on projects on Ethereum platform and have even contacted Vitalik Buterin and his team for collaboration.

The next huge update that Ethereum got after it was publicly released, was called “Metropolis”. This update was supposed to come out in two parts. “Byzantium”, the first of the updates, was originally supposed to release in September 2017, though it had been delayed multiple times. The aim of this update was to make the entire network easier to use and more user friendly as well as becoming lighter, faster and more secure in comparison to its older versions. Finally, the last update they have in mind for Ethereum is called “Serenity” and will be introduced in the future. Although, there is not really a date specified for the release of its final stage.

Nowadays, Vitalik Buterin is living in Singapore and has been working on his platform as hard as ever. At the very beginning, there were only three people working on Ethereum protocols but he hopes that one day, his team reaches the level that his presence is needed lesser and less by the day. He remains optimistic and hopeful towards the future his platform is facing, saying that only Ethereum can kill Ethereum. Vitalik Buterin and the team have been preparing to roll out a new, more secure, safer, more efficient and more stable version of Ethereum citing cost effectiveness, scalability, security and optimisation as their biggest challenges as always.