How long does it take to transfer Bitcoin?

Bitcoin transfer confirmation by miners may take 1 hour and even prolong to 1 or 2 days. Before addressing the delays issues in bitcoin transfers, we need to review the factors that affect the timing of bitcoin transactions. There are two significant factors here: 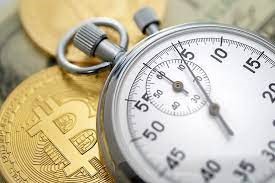 What is the minimum time for Bitcoin to transfer from point A to point B?

The amount of time that Bitcoin needs to transfer is based on how fast the confirmation of the transaction is. Each block confirms the transaction once. The general rule is you should wait for at least 6 blocks to confirm the transaction. On the other hand, it takes ten minutes to mine each block. This specified time is for precautionary measures so hackers couldn't make any fake or virtual blocks; Therefore, the minimum time to transfer Bitcoin to the wallet is 60 minutes or an hour.

The fee set by the Bitcoin sender to confirm the transaction determines the priority of his transactions in the 1 MB block. And because miners prioritize transactions based on their fees, transactions with lower fees are given lower priority for confirmation.

The interesting thing that happened in the summer of 2017 was fascinating in its own way; At this time, the fees for Bitcoin transactions reached around 40 - 50 dollars, making small transactions practically impossible. For example, paying a 40-dollar fee for a 10-dollar transaction was illogical and practically inconceivable!

What is the Bitcoin transfer fee?

One of the most common questions Bitcoin users ask us is how much do we have to pay for Bitcoin transactions. It makes sense that most users do not want to pay an excessive fee and want to know exactly how much they have to pay to confirm their Bitcoins transactions.

Interesting fact: many wallets themselves determine the optimal amount to pay for transaction fees.

Some complain that digital currencies are popular for their low transfer fees, so why should there be any fee for Bitcoin transfers? The answer is, we know that the size of each Bitcoin block is only 1 MB and the miners are not willing to place lower-paid transactions in their block and occupy the block space for these low fees; Simply it's not worth it.

Who determines the fee for each transaction? Is there any standard?

Fees are set by the free market. Free market means that everyone can enter their desired transaction fee as much as they want; This is one of many advantages that the blockchain network has. But it also has its disadvantages: As mentioned before, low-fee transactions may be confirmed too late or get no priority in the confirmation process and remain still without any hope.

Every Bitcoin transaction is usually between 230 and 250 bytes, and because the space of each Bitcoin block has 1 MB of space, only 4194 to 4559 transactions can apply in this space. Because of limited and small space, finding space for transactions has become costly, and whoever sets a higher fee will have their transaction prioritized by miners.

It should be noted that the mining of each Bitcoin block requires electrical power, hardware costs, and further side costs. And also the process procedure is time-consuming, so it seems understandable for miners to accept only high-fee transactions to fit in their blocks. 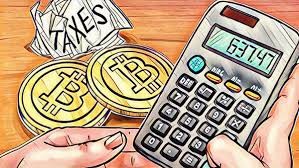 If we want to use the Bitcoin network as the main network for our payments and financial transactions in the world and make it an alternative to the current banking systems, we must think of a fundamental solution as soon as possible for the high fees problem as well as low-speed transaction confirmations.

However, if you already use the Bitcoin payment network for your financial transfers and you are not in a rush, it's better to set your transaction fee to the lowest possible amount. Paying high fees for daily routines and transactions is not sensible at all and is far from rational behavior, and also if we are going to pay high fees, it's better to use the same old conventional banking systems.

But if anyone wants to know in near future, it's possible to make a free transaction in Bitcoin or not. we must respond: "this is not possible in the current situation, but we may achieve this possibility in the future with further developments of technology that is happening day by day."